Part I : Can and should pen hold be corrected?

“I have a girl in my class whose pencil hold is wrong,” Amy told me. “I tried to change it by putting a grip on her pencil. I didn’t realise but she was going home and crying! Her mum came in and was really angry with me because her handwriting looked worse, she was starting to refuse to write and didn’t want to come to school. The parent told me categorically I was to stop making her daughter change. So I stopped.” 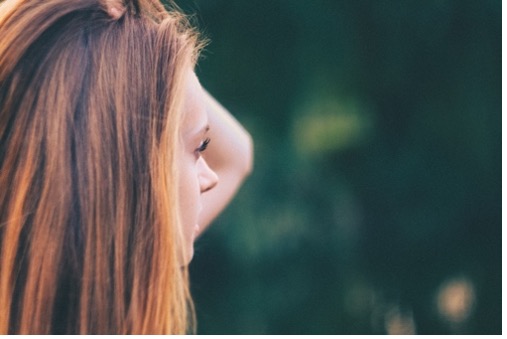 No winner here was there? I felt for Amy; she felt undermined as a teacher – her confidence was knocked. Without support on how to go about it differently I’m not sure she would ever have attempted to correct a pupil’s pen hold again.

I felt for the parent. It’s not easy when your child gets upset and goes from enjoying school to not wanting to go. A child’s emotional behaviour can trigger an equally emotional and defensive response in a parent.

I felt for the child who now had an awareness there was something ‘wrong’ with their pen hold. It was received as criticism and she was offended because she had thought her handwriting was nice and that was all that mattered.

So nothing had changed with this pupil’s pen hold but everyone was worse off.

Believe it or not, changing pen hold isn’t actually that hard. But, as you can see from this scenario, managing that change is the tricky bit! It’s also the key to success. I’ll share my thoughts and experience on this in Part II of this blog, 'Types of Pen Hold and Managing Change'.

Was Amy right or wrong to try and change it?

Was the parent right or wrong to refuse?

Isn’t it better to leave well alone? For me, the answer is ‘it depends’.

I’ll explain. I have 3 clear goals when I think about a person and their handwriting:

3.    I want it to be useful (which means different handwriting for different purposes)

Pen hold has a key part to play in achieving each of these goals so if an awkward grip impacts on any or all of them, I think the individual should be supported to change…

This discomfort will begin to evaporate once the brain and hand adjust to the idea and different sensory feedback. Just to be clear, I don’t think anyone should ever be forced to change; they should be supported to understand the long term benefits and process involved so that they actually make a personal choice to engage.

If pen hold in no way affects the 3 goals then I don’t see there’s any reason to change. But let’s use someone’s actual experience to think a bit more about what the goals mean in context: 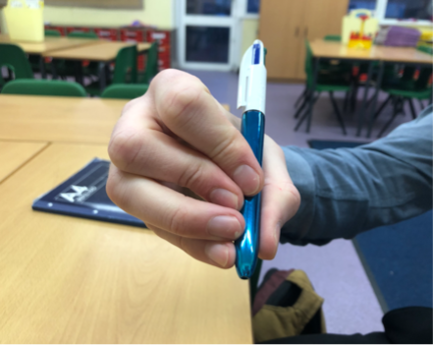 When I was introduced to Adam he was an NQT and during the Autumn Term had been struggling to teach handwriting to his Year 2 class. He’d had no input on how to teach handwriting during his 3-year degree. He had an awkward pen hold and handwriting that he felt embarrassed about and generally tried to hide. In his new teaching role he felt very exposed and stressed about this. His pupils were not making progress with handwriting and this was picked up through book scrutiny as part of the school’s monitoring process.

“When I was in Primary school my teachers told me they’d noticed I was holding my pen wrong. They said they weren’t going to do anything about my grip because they didn’t want to make my handwriting worse and had seen that happen with another child. From that point on I thought I was stuck with the way I gripped my pen, even though it caused me pain in my hand and I would smudge my writing because I would curl my hand round.”(Adam is right-handed)

Now let’s think about the goals:

1.    Did Adam feel good about handwriting.

At times, with conscious effort and enough time, but not always. Often it was smudged.

3.    Was he finding writing by hand a useful tool?

Adam had really struggled with writing throughout school and university; he still avoided writing where possible so certainly wasn’t using it for a range of purposes. He couldn’t model effectively to his class and it was having a negative impact on the start of his teaching career.

In Adam’s case I thought it was definitely worth changing his pen hold.

For years, since that experience at Primary School, Adam had believed it wasn’t possible. He was amazed to find he adapted to his new tripod grip in less than a month. 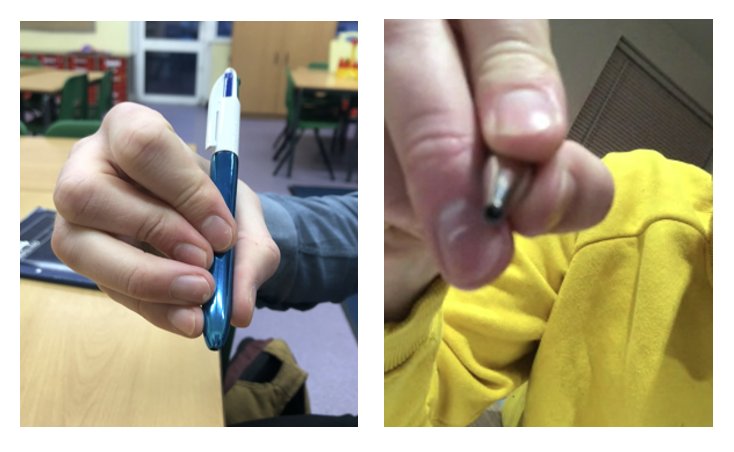 Here are some other ‘Before & After’ photos of pen holds I’ve supported with change: 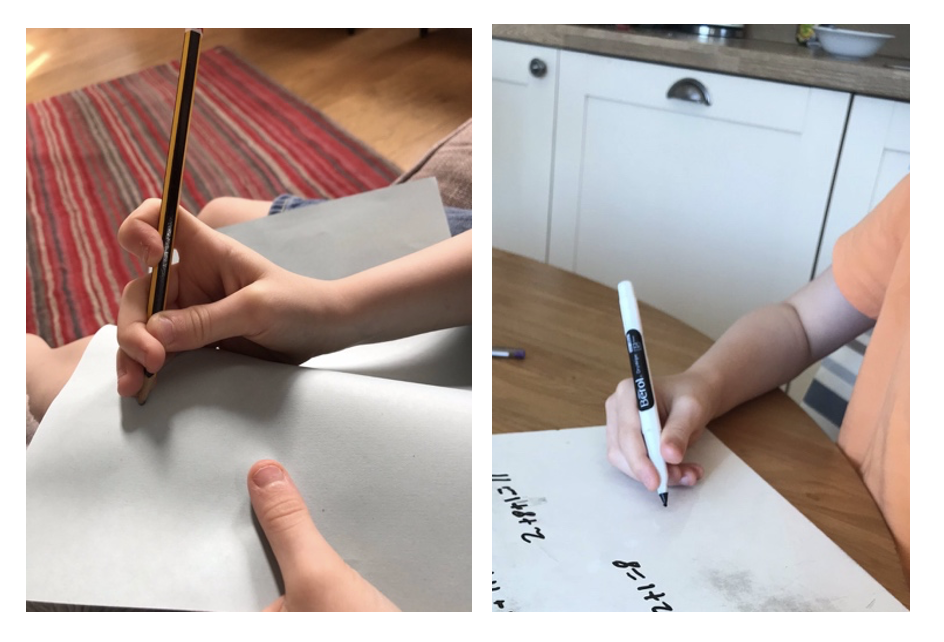 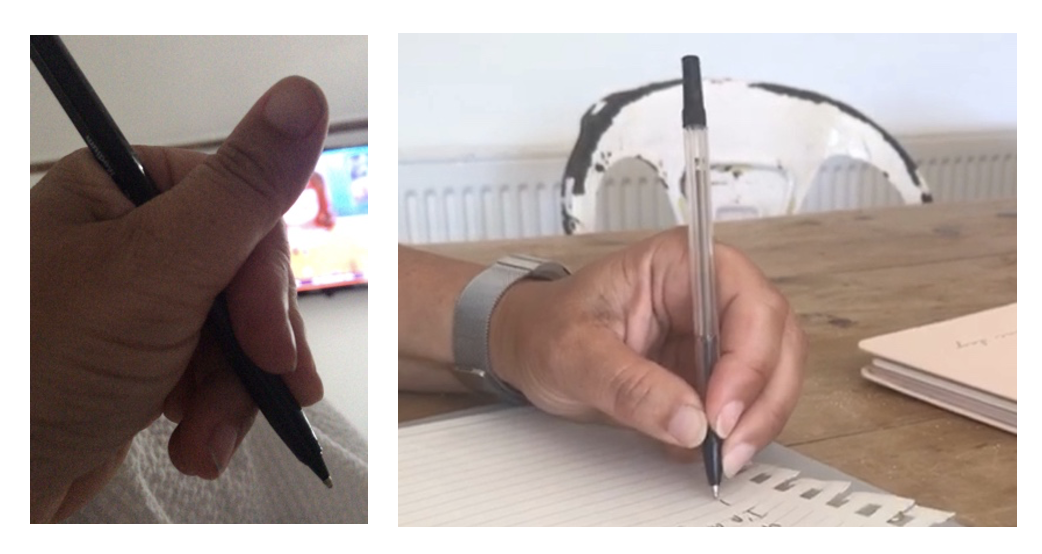 So, ‘Can and should pen hold be corrected?’

If there are going to be positive long term benefits, yes.

In reality I often find that teachers and parents recognise when change is needed but don’t know HOW to facilitate that change. I’ll talk about this in Part II when I’ll share my thoughts on: