Note: Laura isn’t one person. She’s an amalgamation of people I’ve been privileged to listen to, chat with or support over many years. Laura represents their ‘perfection perception perspectives’.

The experiences are real. Through Laura I hope to give you an opportunity to think, reflect and understand that, for some who appear ‘lucky’ and acquire skills easily, there may be a hidden price they’re paying. Laura’s need for ‘perfect’ handwriting was in fact a clue to her misguided belief that she was valued and appreciated for what she produced rather than who she was. 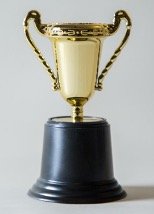 It was the culmination of a year filled with praise: verbal praise, written praise, stickers, on-line sticker trackers, praise postcards… even phone calls home. She’d crossed the end of Year 8 finish line in 1st place and been heralded as an exceptional positive role model to other students. Unwittingly though, much of this praise for external achievement had resulted in Laura feeling that everything she produced needed to be ‘perfect’. She couldn’t afford to let anything slip.

The trouble for Laura was that now – suddenly - she found she had nothing left to give. She had completely burnt out. The only way was down and that was too much to bear.

Laura didn’t return to school for the next two years. 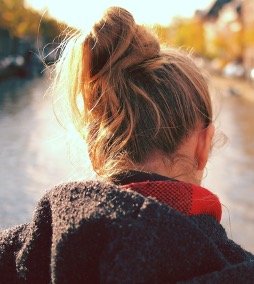 Handwriting – her beautiful handwriting - was in fact an indicator of her inner turmoil and a contributor to that burn out.

Laura had excellent fine motor skills. She’d found it easy to develop neat, fluent cursive writing at an early age and her work was constantly praised and held up as an example of impeccable presentation for others to aspire to. As you might imagine, she’d been one of the first in her class to get a ‘pen licence’, was proud of her writing and enjoyed making her work beautiful.

Things started to get a tricky towards the end of primary school as feedback began to emerge that she was writing too slowly. Lower than expected test scores were attributed to not writing at speed. Although Laura tried to address this, it upset her when her writing looked messy and the anxiety she felt made it hard for her to focus. She became angry and unhappy but no-one could understand why. In fact, she was criticised for being miserable when she was so 'lucky' and others found things much harder. She began to feel she must be a bad person.

When Laura moved to secondary school, she was keen to have a fresh start, make a good impression and do well.

She made an excellent impression and did well. Very well. Brilliantly. She seemed like a magnet for praise and recognition.

What no-one realised (because she hid it so well) was that Laura was putting herself under immense pressure to keep up the standards she felt were expected of her and that she expected of herself. Beautiful handwriting was a must and yet it became impossible to produce with the increasing demands of her schoolwork.

So Laura found a solution. She started to get up in the night to rewrite her work. She’d set an alarm for 3am and enjoy the peace and quiet of writing without distraction. No-one knew. No-one knew either, how angry she felt when teachers ‘messed up’ the work she had painstakingly written and re-written by marking it with untidy handwriting! Laura kept this up and kept it in…

I’m sure you’ll agree, we need to be careful, don’t we?

This is not okay.

We need to stop and reflect... become more aware and think about the unconscious messages we might be giving to children and young people. Actions and comments contribute to shaping their thoughts and thoughts determine their experience of the world.

Hang on a minute… isn’t your work all about helping people develop ‘perfect’ handwriting Nicky?

No, actually it’s not. My work is about helping people feel better about handwriting, whether that’s their own handwriting or teaching it to others. It’s true that this mostly involves helping them change the look of their script but whether that’s to make it look ‘better’ or ‘worse’ depends on the needs of the individual.

Better Handwritten has 3 clear goals. We want people to:

You might like to read the blog 'Perfect' where I explore the concept more but for now here’s my perspective: