“Nicola, can you stay behind at the end of the lesson please,” said Mr Cowan my first-year secondary English teacher (it was before the term ‘Year 7’ existed).

I rolled my eyes…internally. I was usually only internally rebellious.

Believe it or not I was quite naughty at school. Not a lot, just a bit. I was one of those students who managed to get away with things because I was generally cheerful and helpful. The trouble with that though, was that it was usually me who was commissioned to make an excuse to leave the room and fill up the party-cracker water guns, or crawl around picking up paper cannon balls to re-stock our troop's arsenal. 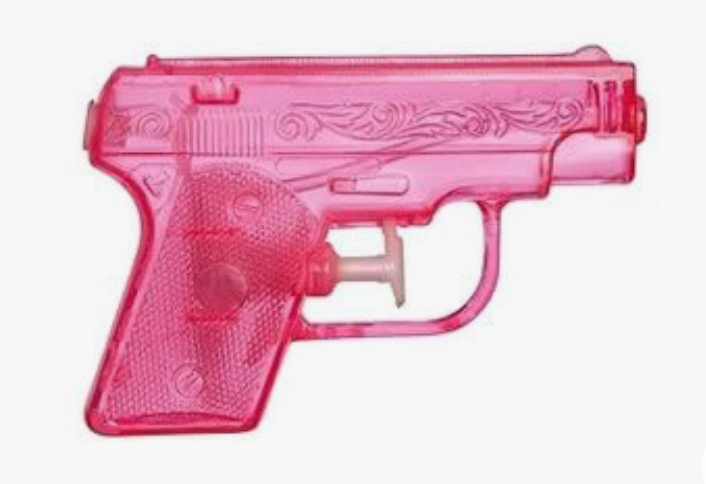 Anyway, I assumed I was probably going to be reprimanded for some such nonsense, but to my horror Mr Cowan announced, “I’ve noticed your pen hold is wrong and I've put you down to attend a group each week to correct it.”

I’d always prided myself on having nice handwriting and was at that exciting stage where I was experimenting with developing my own cool style. I’d never even considered how I held my pen! How dare he! A wave of heat flooded my face and I found myself struggling to hold back tears of embarrassment and rage.

I attended one session. I was moody, sulky and stubbornly refused to engage. The internal rebel stepped out onto the stage and blinked in the spotlights.

Mr Cowan gave up and we moved on.

This is NOT how to manage or affect changing a pen hold.

Looking back years later, a teacher myself, I imagined Mr C had been on a course. He’d probably been told that the tripod grip was the one and only correct grip (he was misinformed) and had honourably set about fixing those of us whose pen holds were incorrect. I know he had the right intentions; he just went about it the wrong way.

And no, I’m not revealing my pen hold yet; it’s a cliff-hanger, you’ll have to wait til the end!

Before I outline key points to be aware of when supporting someone to change their grip, let’s look at types of pen hold. I’ll only cover some common ones so that I (hopefully) don’t lose your attention! Please bear in mind there are a range of variations.

Considering these will help make sense of why awkward holds develop, why there are benefits to modifying some holds and why others are absolutely fine to leave alone.

Firstly, let me remind you of the Better Handwritten goals I shared in Part I of this blog, 'Can and should pen hold be corrected?' 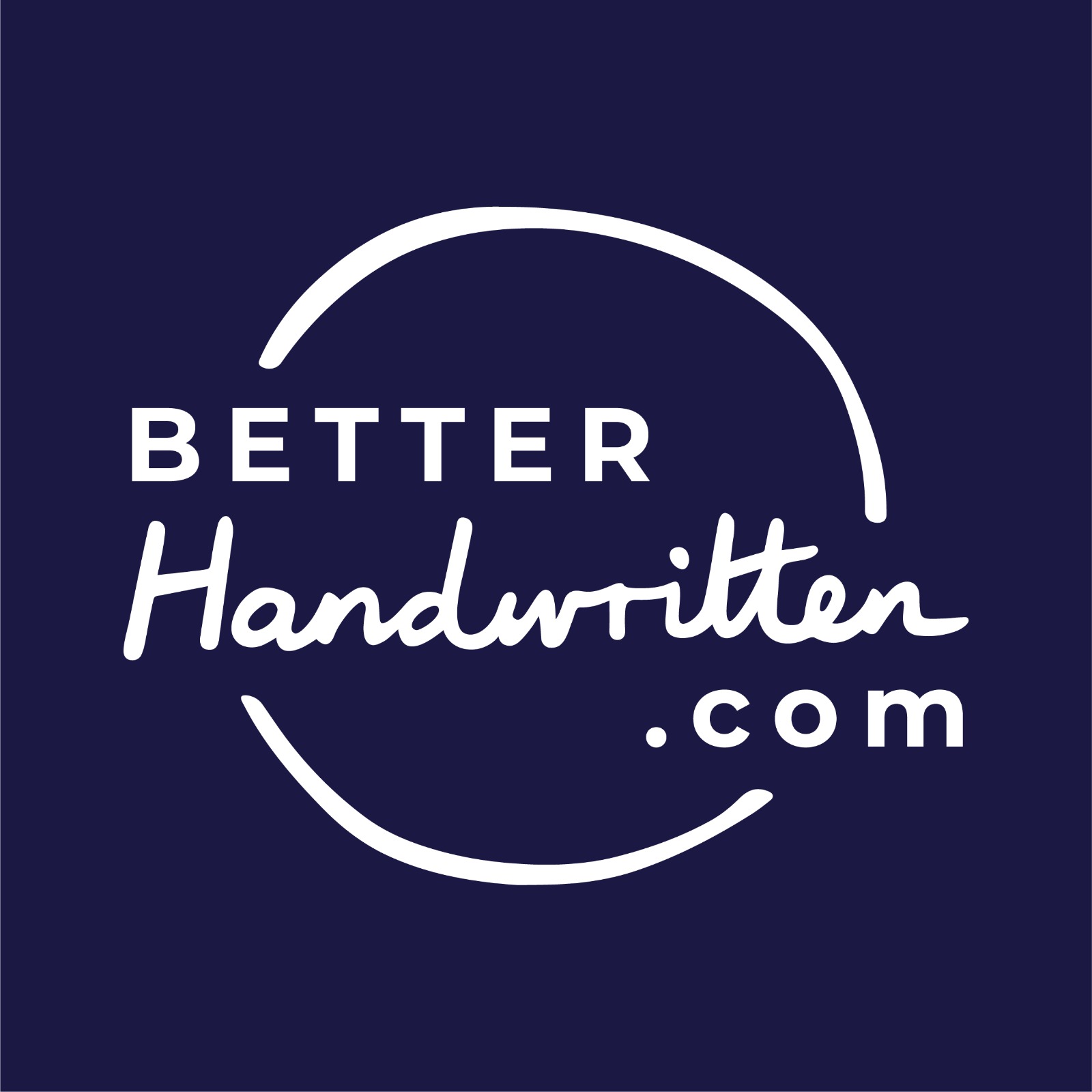 When thinking about a person and their handwriting:

For some people, pen hold impacts negatively on these goals because it:

So how does an individual’s pen hold evolve in the first place?

Put simply, there's a process to work through.

Pencils and pens are tools; from an early age we became aware of them by observing others using them. As with learning many early skills, we copied - based on our perception and ability at the time.

As young children that probably meant picking up a crayon in our little hand. We weren’t aware of the details of finger position and anyway, didn’t have fine motor control yet, so we adopted a fist grip.

A fist grip uses a whole arm movement... try miming it like I just did! 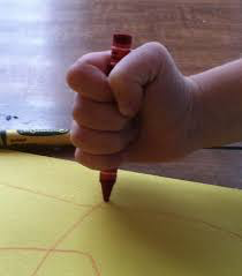 Gradually we discovered control was easier with our palm facing down and forefinger on top. We could control this from the elbow so it was a little less tiring. 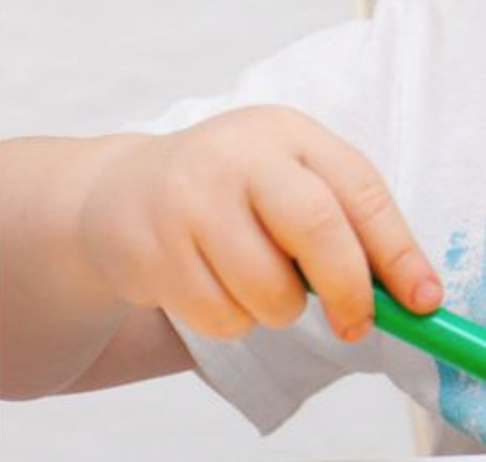 Over time, as muscles in the wrist and fingers strengthened, our hand began to turn to the side which meant we could control movement from the wrist and relax the arm.  We had to adjust our fingers to balance the pencil. 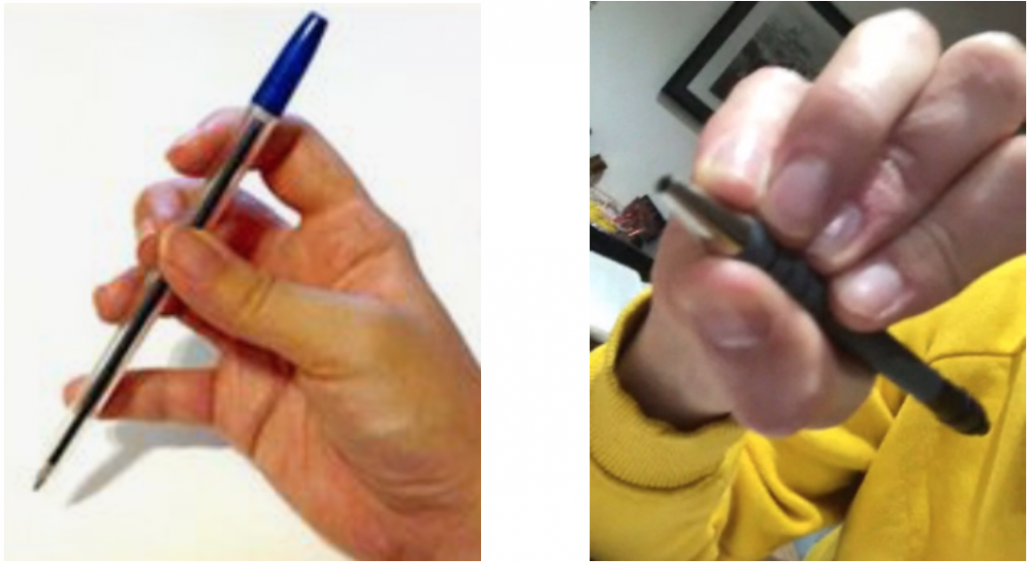 This seems to be the point where some creative positioning develops which unfortunately, if unnoticed and left unchecked, results in an awkward and often uncomfortable hold becoming automated.

What we want is an efficient grip that allows distal control (the ability to move the muscles of the fingers separately).

This brings us to the most effective pen holds: the dynamic tripod and quadrupod grips:

The dynamic tripod hold has 3 digits in contact with the pen (thumb, forefinger and middle finger)

There are also 'lateral' versions of these grips where the thumb crosses the pencil, holding it in place but still allowing effective finger movements. These are generally fine too:

Here are key points to give some careful thought to when reviewing a child's grip and managing change:

Not because they didn’t care, but because they were worried they would do more damage than good. They didn’t have the knowledge and understanding of the process of change or strategies to manage it effectively and confidently.

I want to share my knowledge and experience with you and others who will benefit.

And no, I hadn’t forgotten... I’ll finish with The Big Reveal! I have a DYNAMIC QUADRUPOD hold :) 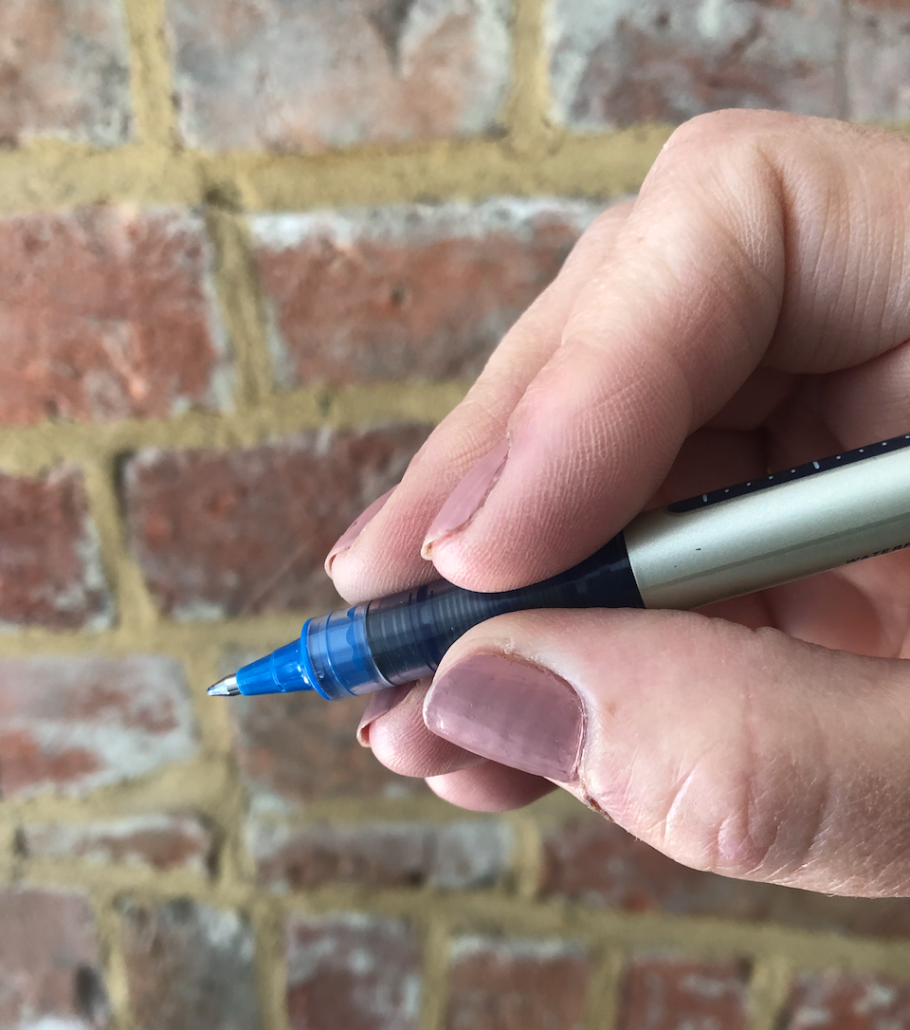